History in the heart of the city

Located in the heart of Vendée on a rock dominating the Yon valley, La Roche-sur-Yon underwent a first development around its castle and in the Old Clock district of which the Renaissance House dated 1566 is a witness privileged.

But it is above all through the will of Napoleon whose edict of May 25, 1804 marks the creation of the city that the city will develop, under the leadership of the engineers of the Ponts et Chaussées, a new face: a pentagonal shape and a checkerboard organization. This functional town planning revolves around squares, the most famous of which refers to its founder, the Place Napoléon, and is part of the foundations of a new France desired by Napoleon and of which the “Granite Masses” constitute the base.

The majority of monuments from this first half of the XNUMXth century is neoclassical in style.

Thus in 1800 will be instituted the prefects, representatives of the State in the departments. It is therefore not surprising that one of the first buildings to be built was the Prefecture, completed in 1818.

Seven days after his proclamation as Emperor, Napoleon 1er decides, by decree, on May 25, 1804, to create a new town which will take the name of Napoleon. Planned to accommodate 15 inhabitants (there were only 000 inhabitants left in the old town), this creation aims to modernize and pacify the department after the Wars of the Vendée. A plaque in the city's central square, Place Napoléon, commemorates this anniversary.

If it was Napoleon himself who decided the creation of the city, it was not until four years later, on August 8, 1808 (or 08/08/1808), that he made his first and only visit there. . Welcomed at the large inn on the imperial square, one of the only buildings then built, he expressed his anger at seeing the work so little advanced ... New imperial decrees will therefore follow to speed up construction. A plaque recalls this brief and memorable visit.

« I have poured out gold with both hands to build palaces, you have built a city of mud! »

Surprisingly, you can observe on the walls of the station, commissioned in 1866, the name of the city at the time: Napoleon-Vendée!

Unique case in Europe, La Roche-sur-Yon changed names eight times during the XIXe century, at a time when political upheavals (Empire, Monarchy, Republic) were very numerous. Calling oneself "Napoleon" at the time was not always welcome, hence the changes: Bourbon-Vendée, Napoléon-Vendée…, until 1870 when the city regained its name of La Roche-sur for good. -Yon!

The equestrian statue of Napoleon

Inaugurated on August 20, 1854 to celebrate the fiftieth anniversary of the city, the equestrian statue of Napoleon was made by the Count of Nieuwerkerke. The participation of 152 Vendée municipalities and the Fine Arts administration made it possible to finance the construction of the statue, now listed as a Historic Monument since June 2016.

The statue was completely renovated in 2020.

The statue of Napoleon located in La Roche-sur-Yon is the only one of the six equestrian statues of Napoleon, in France, to remain in its original location. 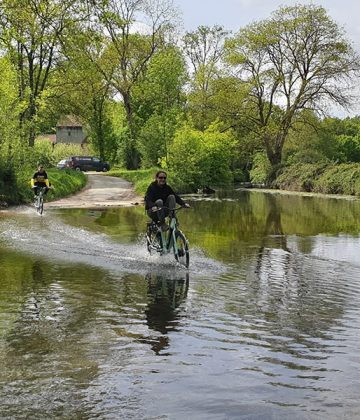 From Moulin Papon to Moulin de Rambourg by electric bike 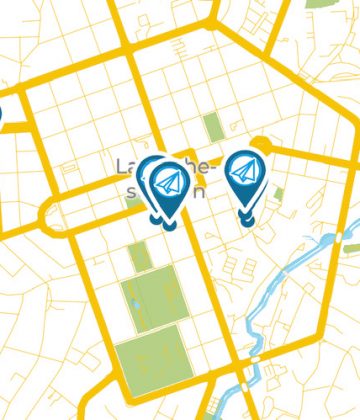 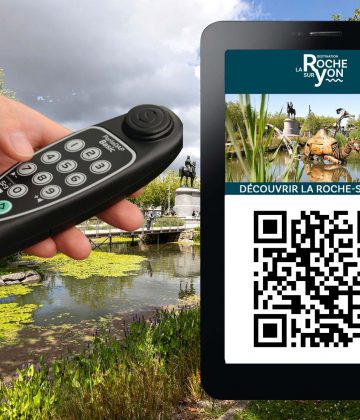 THE ROCK ON YON 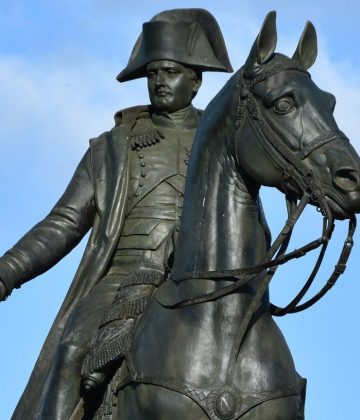 IN THE FOOTSTEPS OF NAPOLEON

THE ROCK ON YON